Expanded perlite ore is an excellent aggregate to add to growing mixes, or even on it’s own in hydroponics environments. It is a volcanic mineral, that when it is heated (to about 871C) the particles pop in a similar fashion to popcorn and forms a very light, white material.

Similar to expanded clay, each particle is made of many tiny closed air cells.  Tiny cavities cover the surface which creates a very large surface area in which moisture is held.  Roots therefore have access to this water.  At the same time, the shape of the individual particles creates air passages between the particles and hence provides aeration and prevents root rot.  Because it is sterile and appropriate fertilisers should be added.  Different grades or sizes are suitable for different applications. 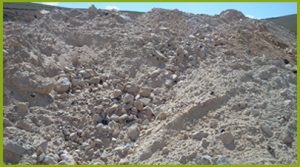 Common uses of Perlite in the horticulture:

Growing from Seed and cuttings—Perlite is a fantastic growing medium for commercial growers and hobbiests. Success rate of cuttings is excellent.

Whether mixed or used on it’s own, it can be used as a seed starting medium because of the ease of maintaining uniform moisture and temperature levels. The bright white color makes it particularly effective as a seed cover offering protection against bright sunlight and high radiant energy as well as resistance to surface moss or algae growth. In addition, perlite’s white color reflects light up under plant foliage which further enhances growth.

Plug Production/Transplants—Commercial plug plant production in greenhouses showcase the role in water and nutrient conservation. Water retention by horticultural perlite is not an indiscriminate action. The amount of water adsorbed on the surface is a function of particle size. Coarser particles adsorb less water than finer grades —thus the amount of retained moisture that is desired can be regulated to suit particular requirements.

Because of it’s ability to cling to roots and root hairs and the friable nature of a mix reduces transplant shock which increases survival rates.

Reduced production time, conservation of water and nutrients, reduced labour and shipping costs, and increased survival rates all confirm horticultural perlite’s long and enviable record of performance throughout the world.

Rooftop, Interiorscape and Planter Growing—The advantages of horticultural perlite are readily seen in rooftop applications, planters, and interiorscape displays where weight is a factor. Wet sandy loam weights about 120-140 lbs/ft3 (1920-2240 kg/m3;perlite and peat mixed in equal volumes will weigh only about 35 lbs/ft3 (560 kg/m3. This difference can be critical where supporting structures such as roofs must be considered. Increasingly, 100% applications are being used both by home gardeners and commercial growers

Composting—Recycling as a result of shrinking land fill disposal areas has increased interest in composting in home gardens and by commercial enterprises and municipalities. Studies at Cook College of Rutgers University reveal that additions to compost piles speeds decomposition of leaves, grass clippings, and other yard waste. In addition, it’s use reduces the amount of labour required to periodically turn piles to insure proper aeration. When composting is completed and the compost is put to use, the perlite will continue to perform for many years as it lightens and aerates the soil while increasing its water holding ability.

Hydroponic Culture—The fastest growing application for perlite in the horticultural field is in hydroponic culture. Perlite exhibits a unique capillary action in that nutrient rich water can be drawn up from a reservoir through a fine perlite growing media at the rate that is required by a plant. As a result, plants grown in perlite do not suffer from overwatering or underwatering.

Turf and Lawns—No grass is more highly stressed than stadium turf and golf greens. These are subject to the whims of nature as well as constant foot traffic and resulting compaction. Horticultural perlite can provide an easy solution to this problem. When turf is renovated with perlite, excess water will not pond yet an optimum amount of water will be retained for proper growth. Additionally, turf will be lush and green while the soil will remain soft for an extended period of time.

For the landscaper or home gardener, fine and medium grades of perlite will promote drainage and eliminate soil crusting in heavy clay soils. In addition, plant roots will more easily penetrate the perlite/soil growing media. Most importantly, the lawn will hold much more water and not have to be watered nearly as much

Shrubs, Trees, and Landscaping—Fine and medium grades of horticultural perlite is very effective in growing shrubs, trees, and in other landscaping applications. In addition to retaining water which is vitally important in light of the growing shortage of water in many parts of the world, perlite also aerates the growing medium. As landscaping applications are usually permanent in nature, fine and medium grades of horticultural perlite are the ideal choice since they do not rot or otherwise decompose, and perform their water conservation/aeration roles for the life of the planting.